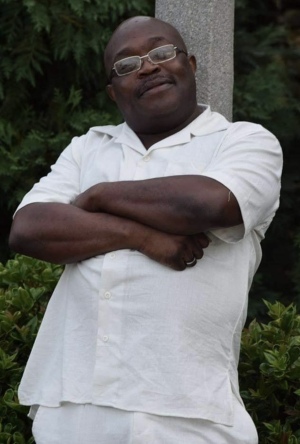 Mr. Belue transitioned from his earthly home to his heavenly home on Sunday, June 19, 2022 at Huntsville Hospital in Huntsville, Alabama. We are asking that you please keep the Belue Family in your prayers.

Jason Vernard Belue was born on December 17, 1967, to William and Laura Belue. He departed this life on June 19, 2022, at Huntsville Hospital in Huntsville, Alabama. He was preceded in death by his sister, Vicky Russell, and one son, Jarmarcus Grant. Jason attended Colbert County High School, where he played football, basketball and baseball. He later transferred to Colbert Heights High School, where he played basketball and football, and graduated with the Class of 1987.

Jason was a very loving husband, son, brother, father, grandfather, Godfather and friend to many. Jason always had a smile on his face and could always make you laugh. He was loved by everyone. Jason was known to say anything that came to mind, such as expressing his thoughts on his favorite team, Alabama, “Roll Tide!” He accepted Christ at an early age and joined St. James Missionary Baptist Church in Leighton, Alabama. Throughout the years, he loved playing music in his car. Everyone knew when he was coming, because you could hear him before he got to you. Jason has worked at Wayne Farms in Decatur Alabama, Tarkett in Florence, Alabama, Gold Kist (Pilgrims Pride) in Russellville, Alabama, where he made many friends until his demise.

To send flowers to the family or plant a tree in memory of Jason Vernard Belue, please visit our floral store.

A Memorial Tree was planted for Jason

Join in honoring their life - plant a memorial tree